Stiklestad is a village in Norway located in the Verdal of Nord-Trondelag county. It is near the coast of the Norwegian Sea and has an elevation of about 70 feet. The area is bounded by the Arctic Ocean to the north and the Atlantic Ocean to the west. The village is primarily known for the Battle of Stiklestad, which represents the beginnings of Christianity in Norway. The Battle of Stiklestad is one of the most famous battles in the history of Norway. It was the first time that a king was declared a Saint. There is uncertainty surrounding the true details of the king’s death; some say he fell during battle, while others say that he was killed by his own men in his sleep. Stiklestad Church is said to be located on the exact spot that King Olaf II Haradlsson fell during battle.

It is said that he traveled through Sweden with an army of 3,600 men attempting to unite the fiefdoms that were ruled by many kings at the time. They arrived in Stiklestad, which was and still is a farming town. Having heard of the king’s impending arrival, the Stiklestad people were ready with an army consisting of peasants, but totaling about 14,000 men. Olaf was defeated and his body was eventually moved to St. Clement’s Church in Trondheim. 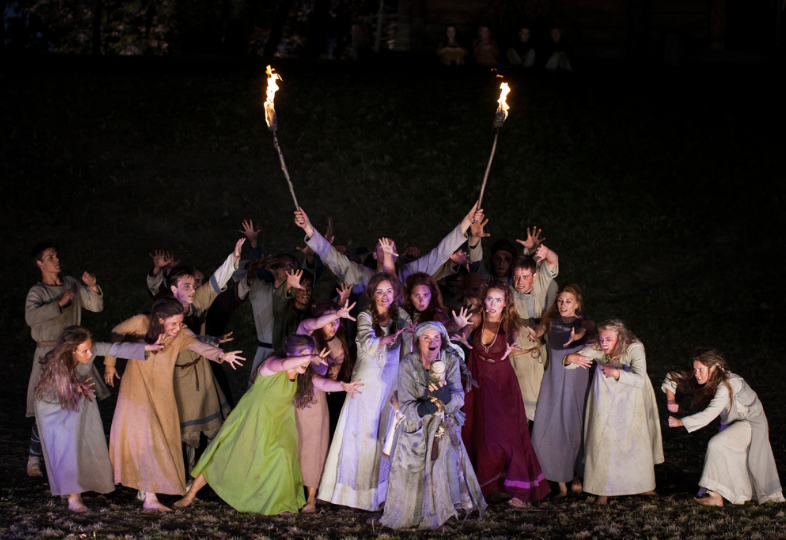 Today, there are many things to do in Stiklestad. The Saint Olav Festival takes place every year and the Saint Olav Drama, written by Olav Gullvag, is regarded as one the most important plays in Norway. It has been preformed for more than 50 years at the Ampitheatre, which is the largest outdoor stage in Scandinavia. Each year a new director is invited to reinterpret the play in order to attract visitors. It takes place annually at the end of July and dramatizes the events that led up to the battle of Stiklestad. The surrounding area of Long Farm is transformed into a Viking village, complete with authentic Viking food, storytelling, archery, and artisan activities, such as metal forging and woodcarving. They even have axe-throwing competitions, should you want to feel like a true Viking.

There are other attractions as well; several museums and galleries, such as the Leidang Gallery, which has 4 exhibitions per year. Tours of battlegrounds are available as well as several impressive monuments, statues, and chapels including the Stiklestad Church and the Folk Museum, which consists of over 30 buildings, most of which date back to the 18th and 19th Centuries.