The Hanseatic League was a confederation of merchant guilds in their towns. It was located mostly on the northern coast of Europe. The word ‘Hansa’ was a word for ‘convoy’ in Middle Low German, which was the most common language of that time. The purpose of the guild was to protect the diplomatic privileges and the economic interests of the towns. They had their own legal systems, although they were not officially a state. Only a few cities enjoyed the liberties of larger cities. 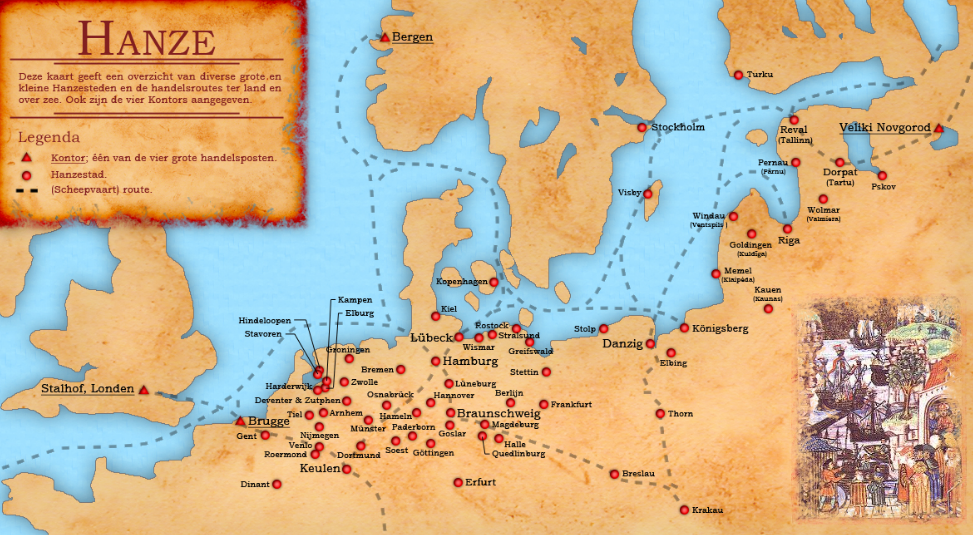 The term Hanse started to appear in the late 1200s, although the guilds had begun to form well before then. Lubeck was the original base for Saxon merchants. The members consisted mostly of Low German merchants who held citizenship in their respective towns. They made decisions based on consensus during large meetings. If consensus was not able to be reached, then certain league members were chosen to work out a decision that would benefit the majority.

One of the largest advantages that the Hansa had was the control of the shipbuilding market, which was located in Lubeck and Danzig. They sold ships to most European countries. There were many attempts to stop this advantage. The Hansa only started to truly come apart at the beginning of the 16th Century. The Swedish Empire was beginning to rise and had encompassed most of the Baltic Sea. The cities that were part of the league began to give higher priority to their own interests as opposed to the greater good of the guild. At this time, the power of German princes had also begun to increase, and so the League’s independence became progressively threatened. The final blow came in 1862, when the German Empire was created.

Even now, there are many cities that still are called Hanse, and the legacy of this guild lives on in current businesses. Famous examples of Hanse are the Lufthansa airline, the Hansa Brewery located in Bergen, and the Hansabank in the Baltic States.