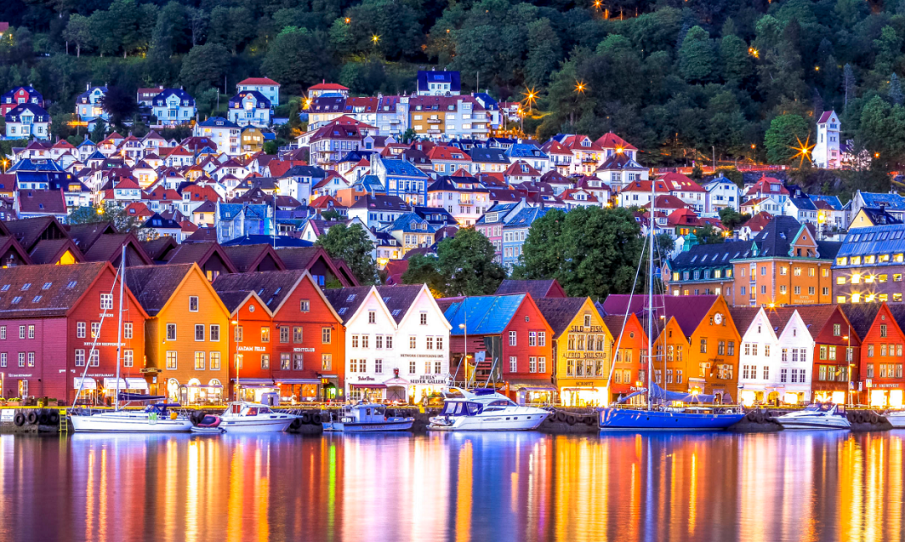 Bergen, historically named ‘Bjorgven’, is a city located on the West Coast of Norway and is the second largest city in the country. It covers about 465 square kilometers and has a population within the municipality of about 400,000. Surrounded by mountains, it is known as the city of seven mountains and many of the suburbs are located on surrounding islands. The city was created and built by King Olav Kyrre in 1070, and was the capital city of Norway in the 1300s. It enjoyed this status until it was surpassed by Oslo in the 1830s.

Bergen is an international hub for shipping, the offshore petroleum industry, subsea technology, as well as serving as the national center for media, finance, tourism, and higher education. It was named as one of the first of 14 cities as a secret capital by Time Magazine in 2004 as Bergen is known as the unofficial capital of Western Norway. Tourism is an important income for the city. The University of Bergen has 16,000 students and 3,000 staff, making it the third largest institution of learning in Norway. Roughly half of the residents of the city are British and German. 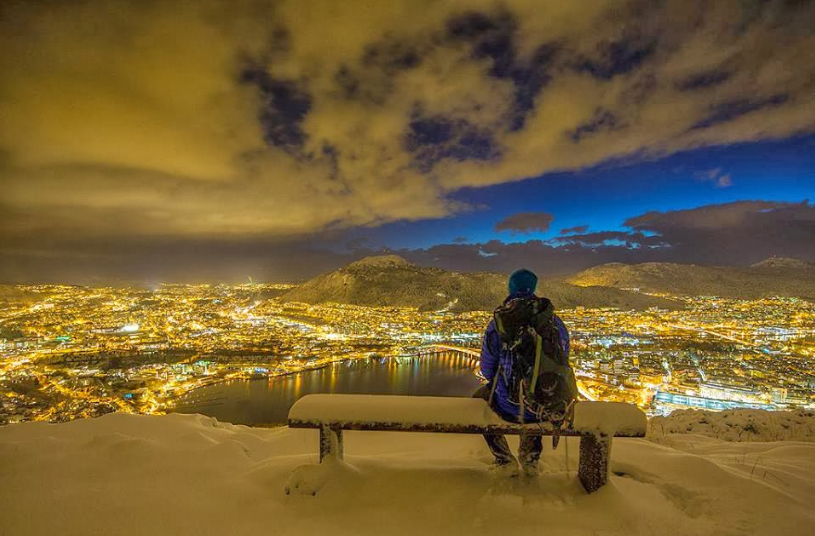 The climate in Bergen is known for being mild in the winter, although with high levels of rain. The difference in temperature between Oslo and Bergen can be up to 30 degrees Celsius in the months from December to March. The Gulf Stream tends to keep the sea water relatively temperate despite the latitude, and the surrounding mountains act as protection against cold winds from the north and east.

Recognized as the gateway to the fjords of Norway, Bergen has become Europe’s largest cruise ship port of call, and continues to be an important cultural and economical center of Norway.